Vehicle Electrification – How Long Until Combustion Engine Cars are Phased Out?

Vehicle electrification. It’s coming, but the question is: when? Everyone already knows about Tesla. General Motors has pledged that it will exclusively sell electric vehicles by 2035 and Ford plans on going all electric in Europe by 2030 in addition to other major automakers pivoting towards electric vehicles. However, these ambitious dates do not necessarily mean the end to the combustion engine that uses either gasoline or diesel fuel; at least for now.

Even with pledges from automakers to go all-electric before the year 2040, used, combustion engine vehicles will still be available to the public unless governments start banning them, which opens a HUGE can of worms that we won’t touch here. The fact is, electric cars are expensive purchases. Base model electric vehicles sell in the mid $30,000 range while new gasoline cars can still be bought around $15,000. While this appears to put a damper on EVs, Car and Driver has put together an excellent article comparing EVs to gas-powered cars. It turns out that it costs less than half to “fuel” your electric car than your gas-powered or diesel-powered one. Besides that, with fewer parts, EVs actually require less maintenance, providing consumers more savings! While initial wallet pains can be overcome with cheaper fueling and less maintenance, electric infrastructure is another hurdle to overcome.

Without adequate EV charging infrastructure, a more gradual acceptance should be seen instead of a massive BOOM. Charging at home can take as long as 20 hours. In between going to work or running errands, it does not leave much time to get a good charge. More options are needed as most away-from-home charging stations are at gas stations, hotels, or rest stops. Two predominant solutions are workplace/parking area charging through the private sector or an “If You Build It, They Will Come” scenario through utility companies. Both of these options put charging stations where consumers would use them on a consistent or even daily basis while they are away from their vehicles with no need to access them immediately. Proper infrastructure greatly eases the burden of charging an EV and makes the option more appealing, but the question still remains, when will complete electrification take place?

There can be a million different answers and justifications to that question. Consumers, businesses, and energy suppliers all want to know. In my opinion, the free market will dictate this and if more major automakers deplete their new gas-powered vehicle availability, it will take about 50 years. With pledges of selling exclusively all-electric vehicles by 2030, it gives a buffer of approximately 40 years for gas-powered vehicles to be naturally phased out of the market. Automakers can stop producing gas-powered vehicles, but customers will continue to purchase used ones until they stop running. 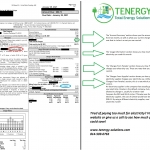 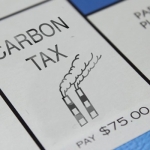