Carbon Tax is a phrase that has quietly been uttered for nearly a decade. According to the Carbon Tax Center, it is a fee to use energy sourced from coal, oil, and natural gas. Supporters of programs such as the Regional Greenhouse Gas Initiative say a carbon tax would reduce dependence on carbon-based energy while opponents say fees imposed on carbon-based energy use would simply be passed to consumers. Pennsylvania is the latest battleground of the carbon tax debate; particularly whether or not to join the RGGI as the Commonwealth ranks second only to Texas in energy production in the United States. The private sector, which Tenergy LLC supports through total energy solutions, is already transitioning to greener technologies, sparking investigations into the need of carbon taxes in order to reduce U.S. emissions. 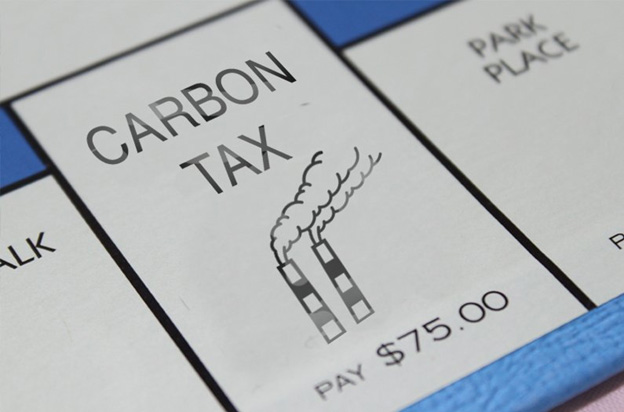 What is the Regional Greenhouse Gas Initiative?

The Regional Greenhouse Gas Initiative (RGGI) is “the first mandatory market-based program in the United States to reduce greenhouse gas emissions” and exists in New England and the Mid-Atlantic states. The goal of the RGGI is to reduce greenhouse gas (GHG) emissions in participating states by offering auctions on carbon emission allowances for the power plants in those states. Proceeds of these auctions are then invested in energy related services such as direct bill assistance, renewable energy, and energy efficiency.

What Have the Results Been?

States participating in the RGGI raised $248M in 2018 and have reduced their power plant carbon emissions 50% since 2005 according to the RGGI 2018 report released in 2020. While reducing 50% of their power sector carbon emissions may seem like a huge success of carbon tax, this figure is very misleading. The table below shows CO2 emissions and electricity generation of states in the RGGI, Pennsylvania, and the United States. This information was collected from the U.S. Energy Information Administration (EIA) ‘Detailed State’ database 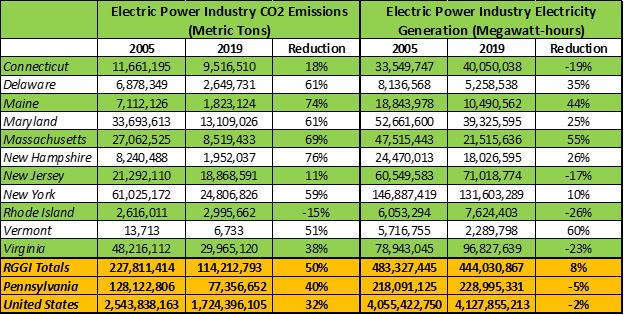 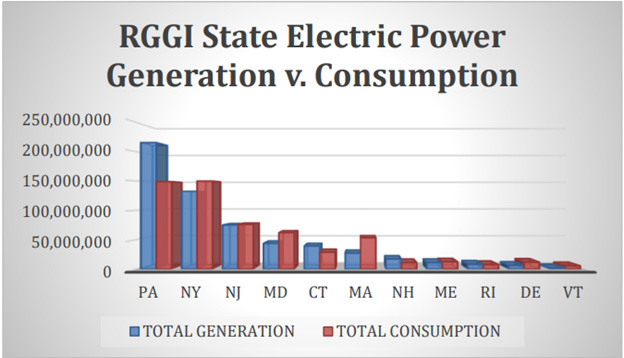 What Caused the Drop in U.S. Emissions?

While energy efficiency for RGGI and non-RGGI states has improved since 2005, it is interesting to note that the RGGI compares emissions of today to those in either 2005 or 2008. This date range was when the shale boom started in the United States, leading to coal fired power plants being converted to or replaced by natural gas fired power plants, dramatically reducing carbon emissions. This reduction is confirmed by the EIA and the U.S. Environmental Protection Agency (EPA) .

In addition to natural gas replacing coal, the United States is indeed seeing a renewable revolution driven by both private and public sectors. Even though natural gas will remain the electricity producing king for the foreseeable future, the renewable sector is projected to gain ground on energy production through the year 2050. The combination of replacing coal generation with natural gas and renewable will continue to decrease power plant emissions in the United States both within and outside of the RGGI.

How Could Pennsylvanians Be Affected?

This post has laid out how electricity generation has been shifted outside of the RGGI, which has affected Pennsylvania power plants. In response to executive pressure to join the RGGI, the PA State Senate drafted a letter in February 2021 which compiles data from various sources including the Penn State Center for Energy Law and Policy. This letter and supporting evidence within states that by Pennsylvania joining the RGGI, PA power plants would be shut down, non-RGGI states would be subsidized to generate more electricity, energy wages within the state would decrease, and a nearly  8% energy rate increase for Pennsylvanians. This combination would be detrimental to the Commonwealth.

While there are a multitude of carbon tax alternatives being proposed through policy or utility capital expenditures, the private sector will steer Pennsylvania and the United States towards electricity generation with less emissions. The best way for businesses and citizens to save energy, cut emissions, and save money is through an energy management strategy of conserve, replace, and control. Tenergy LLC is always ready to assist businesses and homeowners develop an energy management strategy through an energy study of your business or home!

The United States continues to generate more energy while becoming more energy efficient and greener. Large portions of electricity that are consumed by states within the Regional Greenhouse Gas Initiative are being generated outside of the RGGI. Even though these states are lowering the power sector emissions, these savings are being offset by non-RGGI states and electricity costs are anticipated to continue to increase. The private sector will continue to improve energy technologies and the market will guide Pennsylvania and the United States towards greener technologies without the need of a carbon tax.

Vehicle Electrification – How Long Until Combustion Engine Cars are Phased... 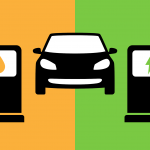